Welcome to the Neighborhood

One of my t-shirt designs features rather notorious folks who at one time or another lived in or visited Michigan City. The town also has many accomplished natives and former residents such as Anne Baxter (famous actress), John Lloyd Wright (architect and inventor of Lincoln Logs) and Don Larsen (pitched the sixth perfect game in MLB history, and only perfect game ever in the World Series for the NY Yankees in 1956) – just to mention a few.

But back to the “bad guys” on the shirt…

Although she lived in LaPorte where her crimes came to light in 1908, it is very likely that this “Lady Bluebeard” visited Michigan City during her time as a Hoosier (1904 – 1911). Belle Gunness probably came to our fair city to meet someone at the Michigan Central Railroad station near the lakefront. Having solicited widowers and bachelors via Norwegian language newspapers to visit her in LaPorte, it is likely Gunness picked up a few of them in Michigan City before driving them to her farm and in many instances, their death.

The mystery of Belle Gunness is well-documented, but it is no mystery that she was responsible for the deaths of at least five adopted children and eleven or more unwary gentlemen considering marriage to the forty-something and rather homely immigrant.

Just Google her name to learn more about this rare female serial killer and the story that became an international sensation.

Born in Mooresville, Indiana in 1903, John Dillinger started his criminal career at the tender age of twenty-one. Joining forces with the town’s pool shark Ed Singleton in 1924, they tried to rob a Mooresville grocer, but were quickly apprehended. Singleton pleaded not guilty, stood trial, and was sentenced to two years in prison. Dillinger, following his father’s advice, confessed, was convicted of assault and battery with intent to rob and conspiracy to commit a felony, and received joint sentences of two to fourteen years and ten to twenty years in the Indiana State Prison in Michigan City, Indiana. Stunned by the harsh sentence, Dillinger became a tortured, bitter man in prison.

On May 10, 1933, Dillinger was paroled from ISP after serving eight-and-a-half years of his sentence and almost immediately robbed a bank in Bluffton, Ohio. Dayton police arrested him on September 22, and he was lodged in the county jail in Lima, Ohio to await trial.

In frisking Dillinger, the Lima police found a document which seemed to be a plan for a prison break, but the prisoner denied knowledge of any plan. Four days later, using the same plans, eight of Dillinger’s friends escaped from the Indiana State Prison, using shotguns and rifles that had been smuggled into their cells. During their escape, they shot two guards.

The FBI says Dillinger’s gang killed ten people during bank robberies and other crimes in the 1930s, including an East Chicago, Indiana police officer. FBI agents finally caught up with him outside the Biograph theatre in Chicago in July 1934, when he was gunned down after enjoying a movie with girlfriend “Billie” Frechette.

Read more about the Dillinger assisted prison break at https://www.babyfacenelsonjournal.com/indiana-state-prison-escape.html

Al Capone is an internationally known icon of the 1920’s and prohibition in the US, having become the head of the Chicago outfit during that time. Many locals claim he once owned a home in or around Michigan City or Long Beach, but there is no evidence to support those rumors. However,

Capone’s grandniece, Diedre Capone, does say that he spent time here to escape the attention of law enforcement and get away from the pressures of running his billion dollar empire of gambling, boot legging and prostitution. She is the only remaining Capone family member with first-hand knowledge of her historical family’s legacy.

Capone conducted most of his business out of Chicago hotels, including the Hawthorne, Metropole and Lexington. But he also plied his trades in Cicero, Illinois after using bribery and widespread intimidation to take over town council elections in 1924. Capone owned a building there at 1600 Austin Blvd., mostly used as a crash pad for late night parties. His family had been safely ensconced at 7244 S. Prairie Avenue on Chicago’s south side since 1922, including wife Mae, only child Sonny, his widowed mother Teresa and younger siblings Albert, Mimi, Matthew and Malfada.

Capone’s rackets also expanded into Chicago Heights, about thirty-five miles south of the Loop and largely populated by Italian and German immigrants. It became a prime location for Capone’s street crews and a profitable mix of bootlegging and illegal gambling.

So it’s not hard to imagine Chicago gangsters roaring down US 12 to get away from the “heat” to spend a week or two in the quiet beach towns just north of Michigan City.

Ricca started a life of crime in his native Naples, Italy, where he was convicted of murder under his given name, Felice DeLucia. In 1920, after a two year prison sentence, he promptly killed the man who testified against him in the murder trial, and fled to New York. With a new anglicized name, Paul Ricca, he moved to Chicago and worked as a waiter* in a small Italian restaurant. He parlayed his acquaintances from the restaurant into a job with the Chicago Outfit. Fellow mobsters were impressed with his business acumen and he made them enormous amounts of money through illegal enterprises in gambling, bootlegging and prostitution.
*Hence his mob nickname!

When top boss Al Capone was convicted of tax evasion and went to prison, Ricca and another well-known mobster, Frank Nitti, inherited the Outfit leadership role. But it was Ricca who had the final word in the operation, including expansion to the West coast. In the early ‘40s both men were convicted of labor racketeering and extortion of $2 million from the movie industry. Outfit leadership pressured Nitti to plead guilty and allow Ricca and others to continue running the enterprise. Nitti committed suicide after the meeting. Ricca served three years of a ten year sentence. His conviction banned association with organized crime, but he remained a senior advisor with the Outfit in Chicago, behind front-man Tony Accardo. The Outfit reached the height of its power in the early 1960s. Accardo used the Teamsters pension fund, with the aid of Jimmy Hoffa, to engage in money laundering through the Outfit’s Vegas casinos. This was when Ricca directed union boss Jimmy Hoffa to purchase Ricca’s Long Beach, Indiana summer house for $150,000, even though the property was valued at $85,000. But the Teamsters never assumed ownership of the property because Ricca kept the deed.

During the Feds’ investigation of the Teamster Union-Outfit schemes, the sale of the home came to light. Ricca turned the deed of the property over to the Detroit chapter of the Teamsters, but continued to live there for decades afterwards. 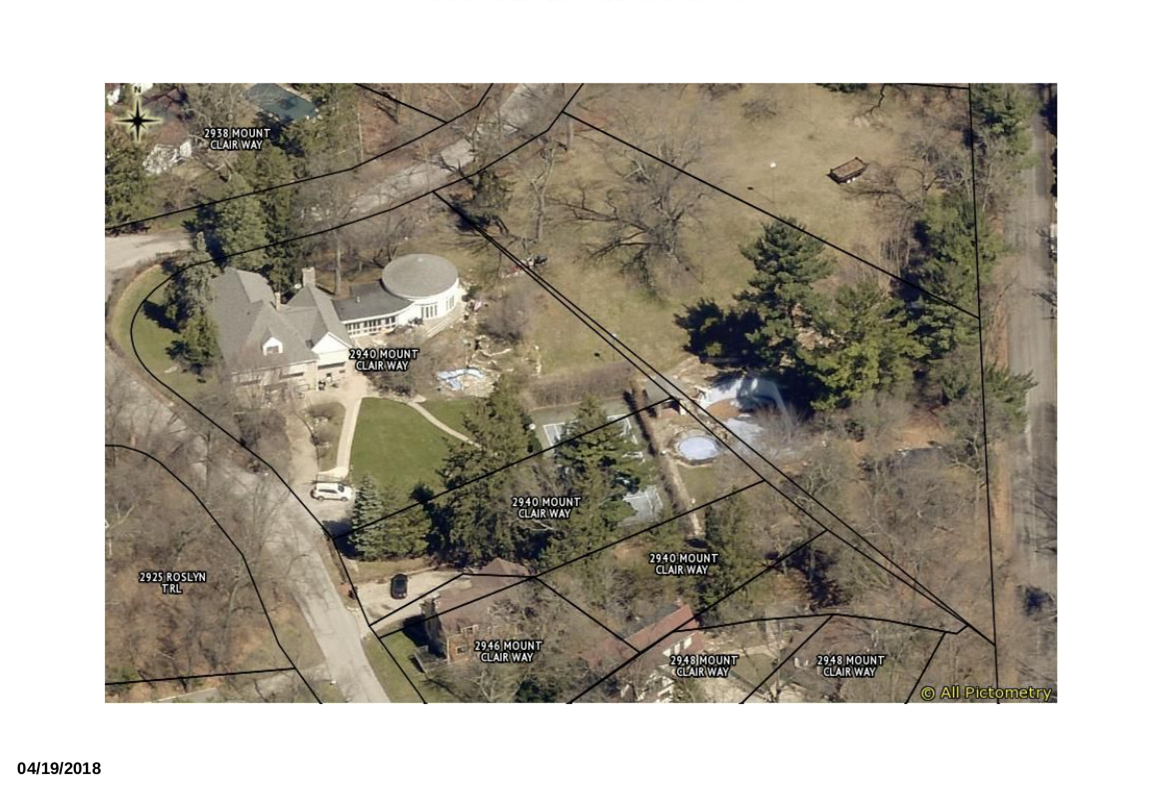 Current view of the Long Beach, Indiana estate once belonging to Paul Ricca. Teamster official James Hoffa acknowledged it was purchased by the Union and that checks for the purchase of the home were made out to Paul DeLucia. Hoffa claimed he was not aware that DeLucia was Paul “The Waiter” Ricca, and that the property was purchased for a “Union Training School.”

Born Lester J. Gillis, “Baby Face” was a notorious bank robber and con man in the 1930’s. Nelson and his wife were laying low in California in the spring of 1933. In May of that year, Nelson departed California and arrived in Long Beach, Indiana, where he lived for several months in a rented house.

While in Indiana, Nelson teamed up with area criminals, including Homer Van Meter, and occasionally accompanied them to San Antonio, Texas. Nelson may have made his original connection with the Dillinger gang during this period. www.fbi.gov/history/famous-cases/lester-gillis-baby-face-nelson

Alfred “Jake” Lingle was born on July 26, 1891 and joined the Chicago Tribune in 1912 as a copyboy, earning $12 a week. He progressed up the ranks to become a cub reporter but never made it to full reporter. The problem Jake Lingle had was that he could not write. He’d gather the facts before turning them over to a rewrite man who would polish his words into a readable story. Consequently Lingle, who by then was earning $65 a week, never got to see his name in print in his newspaper.

However, unlike most journalists Lingle was rich. He considered himself a friend of Al Capone and showed off a belt buckle with the letters AJL spelled out in diamonds he claims was a gift from the gangster. Lingle did have a wide range of contacts but many wondered how he could afford a chauffeured limousine and those $1,000 bets he placed at the track. Lingle lived in a hotel while his wife and two children stayed at the family home. He also had a summer home in Long Beach, Indiana – paying $10,000 of the $16,000 asking price in cash. The home still stands at 2510 Roslyn Trail. 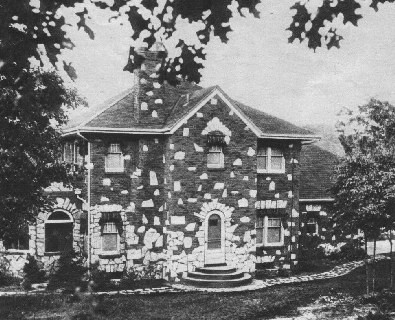 In 1924 Lingle and two other reporters were arrested for possession of illegal alcohol but the case against him mysteriously disappeared. It was said his influence in the illegal gambling racket was such that no casino could open without his approval. In May 1930 former state senator John J. “Boss” McLaughlin opened a casino at 606 West Madison Avenue without first getting the okay from Lingle. It was raided the first night prompting McLaughlin to phone Lingle with a threat: “I’ll catch up with you and it won’t be long either.”

Just before noon on June 1930, Lingle left his hotel and stopped at his bank to deposit $1,200. Just after 1pm, he headed to the Illinois Central Station at Madison and Randolph for one of his frequent trips to the race course. After purchasing a racing form he entered the subway, his eyes on the paper and a cigar clenched between his teeth. With hundreds of people milling around, someone walked up behind Lingle and put a snub-nosed .38 to the back of his head and pulled the trigger. Lingle was dead before he hit the floor. No one was ever charged in the gang-land style murder. 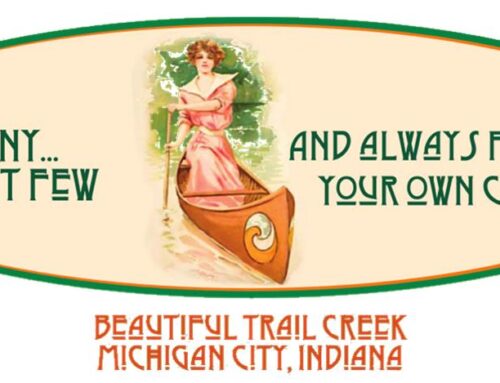